Is Tuberculosis a Healthcare Nightmare? 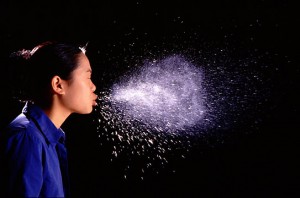 Tuberculosis or TB is something that you hear about a lot, maybe in school or at your work. You may have questions and get a yearly TB test. But really, how many people do you know that has experienced this condition?  What is it really?  Is TB a health care nightmare?  The answer is yes!!

TB is a lung infection that is caused by a strain of mycobacteria called Mycobacterium tuberculosis.   The mycobacteria part means a fungus like bacteria. In other words, it is a cross between a bacteria and a fungus organism. It is rather unique.

It affects the lungs and symptoms may be minimal to severe depending on an active or latent phase.  Most bacteria infections are self limiting. They come and go depending on the history, severity, and treatment. But TB is different.  It can lay dominant in your lungs for months or years and this is referred to as Latent Infection.  In this case, you’ve already been affected, but it isn’t actually hurting you.  Active Infection and you are experiencing serious symptoms.

TB is transmitted via cough, sputum, or saliva. Getting sneezed on by someone else can also cause this infection to be passed.  About 10% of patients get an active disease, where the symptoms are serious and the risk of death, without treatment, is equally as serious.

The main symptoms with someone with active disease is as follows:

A tuberculin skin test also called a Mantoux test checks the skin for a reaction to the antibodies. The problem is that those having received a vaccine to TB also will show positive. There are false positives, which means that your arm will show a positive mark, yet, you don’t have the disease. The worse scenario would be to have a  negative  skin test and still be positive with TB.

X-ray testing is essential with TB.  It isn’t always definitative, but in most cases, it can say that you don’t have it.

Culturing the bacteria is definitive for a positive test. This is a more difficult part of the testing. Sputum testing must be done and the sputum then tested. The mycobacterium is slow growing in laboratories.

Additional diagnosis products are being tested to get an accurate and faster finding.

TB is much less common in the United States, France and Australia.  It is a more common condition in places like Africa, Latin America, China, Russia, and other third world countries of the world.  On average, over 1/3 of the world’s population has been infected with TB.  Many of these have no symptoms and nothing to worry about.

In 2010 – it was estimated that almost 9 million new cases were seen worldwide. But more alarming is that almost 1.5 million deaths were attributed to TB.  Most of these cases were found in developing countries.

China though is working hard to improve their TB rates and treatment.

There is currently one vaccine to protect and prevent TB. Immunity does not last forever and decreases dramatically after 10 years.   This vaccine is not given regularly in countries like England, Canada, and the United States, except in high risk areas or because of other diseases.

Treatment is essential in active cases. ½ of all cases that aren’t treated have a risk of death. Antibiotics are used to kill the bacteria, but the length of time is different than typical infections.

Treatment is different for active infection and latent infection. The duration and type of antibiotic may be different.  Latent requires a single antibiotic while active requires a combination therapy.

Treatment is anywhere from 4 months to 9 months depending on treatment onptions and symptoms.  Initial treatment is usually for six months. But if you are having a recurrent disease, treatment may be required for over 2 years.

Resistance to treatment is on the rise. This means that the normal antibiotic used, no longer works in some patients. This occurs when a patient takes the prescribed course of antibiotics for a shorter duration than prescribed. They start feeling better and believe that they can stop treatment. This is often a bad idea.

Tuberculosis is a condition that has been around for hundreds and thousands of years. TB has been found in dried tissues from Egyptian mummies. Hippocrates talked about it and folklore stores associated TB wth vampires hundreds of years ago.

The disease is difficult but treatable. It can be found closer to you than you think. Outpockets of outbreaks pop up throughout the Untied States.  Prisons, schools, and even small towns can be affected and the outbreak can spread quickly. Just because that the risk may be lower in the areas where you live, doesn’t mean that you should ignore the symptoms in a situation where blood tinged sputum, chronic cough and fever. Tuberculosis should be researched in these cases.