Health Records are Electronic Medical Records….or are they? 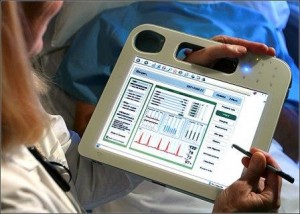 The EMR is the new medical word of the day. EMR or electronic medical records is something that has really come into its own in the last decade. EMR is a computerized record that helps organize a patients medical chart into a single file. Well, at least for a single patient at a single facility. If you are seen in an emergency room and at your Family Physician’s Clinic, you could have two files.

Well, then again, you could have one also at your Dentist office, your OBGYN and also at that place you went last month to get some laser hair removal.  Oh ya…two years ago you went and had a urology visit because of bladder issues and had your first ever colonoscopy.

In reality, there are several files with your name on it.  Each could say the same thing…or they could be saying something different.

So what’s the big need for an Electronic Medical Record?

Truthfully there is a need.  Especially for those patients who have many medical issues. This computerized file allows a provider to follow you better. It really does.

Immunizations, Follow up appointments, medications changes, procedures, and so much more can be done with this file. It can be easy to store and even easier to access. Well, accessed by medical personnel at your clinic.

It’s either a EMT or paper-based system.

Now, don’t get me wrong. Paper-based systems are vitally important in certain facilities and settings. Due to a number of reasons including, user friendly, cost, history, difficulty to switch over, and desire, paper charting may be still used. It really depends on the size of the facility and the complexity of the patients. But in most cases, the EMR is the way to go.  Or the direction clinics are planning to go.

If several different paper files exist and a single provider or health care individual wanted to look at each of the files. This would be very time consuming and probably repetitive in work the was done and would be done.

Cost is really a huge thing. Paper-based systems are relatively inexpensive where as an EMR can be a very costly endeavor.

Medical providers and Medical clinics are often embattled in legal actions, one way or another.  Whether this is a good thing or not, is another argument entirely.

But accessing medical records in a timely manner, being able to make adjustments, and reviewing the record when necessary or when changes are being made, makes sense both on a patient treatment basis and a legal basis.

HIPPA laws are there to protect the patient and the provider. Better records help attain both goals.

But, EMR’s are not legally mandated for good reason. Each facility has different needs. Having a single EMR company or manner, would be ineffective. A large hospital would have an entirely different need than an OBGYN clinic, or even a dermatology clinic.  It would be very hard to have one company that controls the entire EMR world.

Speaking of world, EMR’s aren’t only found in the United States, but truthfully worldwide. Europe and other countries have their own systems. The exception is the United Kingdom.  The Health system is unified, therefore the EMR system is as well.

Yes and No.  Yes on the side of accidents do happen. Access is accidentally given or hundreds of documents are thrown away instead of being shredded. It can happen, but overall, an EMR system should protect the privacy of the patients. This is being seen in this case.

Overall, there are good and bad sides to the EMR world. Work will move forward on a country wide EMR for at least basic patient information. There are many who argue against this. For now, we will continue having several different charts at our different medical clinics. This is a good thing. Cost is rising, but so is patient care and protecting the patient.

Just in case you didn’t know it, there is a medical chart [EMR], somewhere with your name on it.

Top 10 Health Insurance Companies in the US